Get to know some of Markham Stouffville Hospital's supporters and what inspires them to give to our hospital. 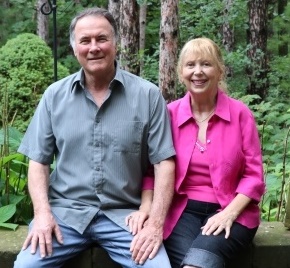 Beverley and her husband Barry are healthy today thanks to Mr. Arthur Latcham’s visionary donation and other Markham Stouffville Hospital (MSH) donors.

MSH’s Dr. Hui discovered Beverley had arthritis in her neck pressing against her spinal column. Luckily for her, it was found quickly and surgery was performed, avoiding the possibility of a detrimental outcome.

Over the years they have both had successful surgeries at the hospital. And they are so grateful for the care they have received — care that is much more than the medical procedures. The care has been the attitudes of the doctors and nurses, always kind, generous and compassionate.

Back in 2002, Barry’s dad passed away from cancer, despite the hospital's best efforts to save him. Barry recalls how Debbie, the nurse looking after his dad, did everything imaginable for him in his last few days, including arranging for a state-of-the-art bed and television so they could watch one final NHL game, together.

Mr. Latcham’s vision and generosity inspired them to leave a legacy in their will to MSH Foundation. It's their way of giving back, of paying it forward. To help our hospital remain at the leading edge of innovation to deliver progressive care for the next generation.

Learn how you can leave a legacy in your will. 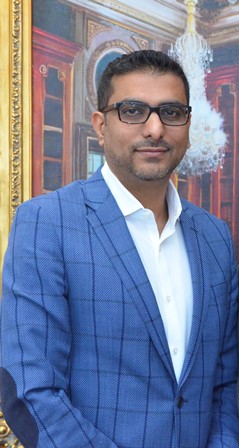 Shakir Rehmatullah, President and Founder of Flato Developments, is a builder and land developer in Southern Ontario. Shakir was inspired by his father, Rehmatullah Habib, who was also a leader in the industry in Pakistan. Following in his father’s footsteps, Shakir has placed a strong emphasis on being a community builder and philanthropist, making significant contributions to Markham and many charitable initiatives benefiting youth, seniors, sports & recreation, arts & culture and health care. Shakir is a very passionate supporter of the City of Markham and Markham Stouffville Hospital.

Shakir believes that building strong and healthy communities is much more than building homes. In honour of Shakir’s commitment to Markham Stouffville Hospital, we are proud to name The Shakir Rehmatullah Cancer Clinic in recognition of his exceptional support. Our sincere thanks to Shakir Rehmatullah & Family for sharing our vision to provide the extraordinary care our families need and deserve.

Markham is home to Flato Developments head office and Shakir takes great pride in living in this community with his wife, Mariam, and their four children — Eshal, Usman, Ayana and Daniyal.

Thank you for believing in our hospital. Your generosity is inspiring.

Brian and Louise discover the many rewards of legacy giving 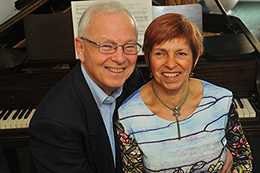 Brian Monti and Louise Ferri believe there is no more important cause than healthcare. “To me, it’s obvious. Why wouldn’t you support your local hospital?” says Brian. “You need water and food to sustain yourself, but if you don’t have good health it limits your quality of life. It really puts it all into perspective. The quality of our health is important. We need good healthcare, and we need more of it.”

So when it came time to plan for the future, they looked no further than their special connection to Markham Stouffville Hospital.

“This is our hospital,” says Louise. “We’ve had many experiences here. We’ve benefitted from the hospital and contributed in various forms before, but we wanted to get more involved. We wanted to invest in something as fundamental as healthcare for our community.“

As residents of Unionville since 1987, Brian and Louise have donated to the hospital over the years and decided to make a future longer-term contribution.

“It’s important for us to think of what will happen with our estate. It made so much sense to set aside part it for Markham Stouffville Hospital,” says Brian.

When they learned of the benefits of making such a gift, the decision was an easy one. “Why wait for someone else to make decisions on your estate? Why pay more taxes when you can contribute to your community and pay less tax? Why not take charge of your future and your estate?” Brian asks.

For Brian and Louise, a legacy gift is both a chance to give back as well as an opportunity to look well into the future. “We’re proactive when it comes to our lifestyle. We know the value of long-term planning. We don’t like to leave things to chance.”

“But we plan to be around for a long time!” says Brian, laughing. “Yes, we’re planning for way down the road!” Louise says with a smile.

Anne Forsythe Moore says ‘thank you’ each and every month 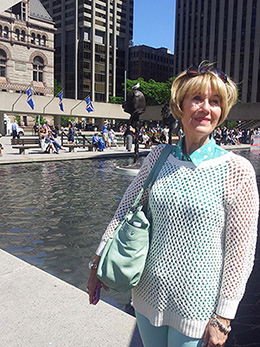 For Anne, a retired professor and mother of three grown sons, joining Markham Stouffville Hospital’s ‘Family of Monthly Supporters’ is a fitting way to communicate her deep appreciation for her hospital.

As a loyal monthly donor, she shows her gratitude to the skilled health care team at MSH that worked quickly and efficiently in an emergency situation to relieve severe health complications caused by her husband Roger's enlarged prostate.

“I wanted to make a statement about how I feel about Markham Stouffville Hospital,” Anne said. “It’s my way of thanking the doctors and health care professionals who helped my husband.

It makes me feel good to give back for the care he got when he needed it.” 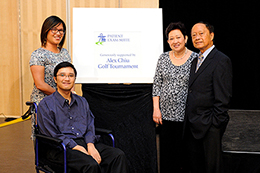 Councillor Alex Chiu hosted the inaugural Alex Chiu Golf Tournament fourteen years ago. The proceeds have benefited many charitable causes over the years, both international and local. Through his annual tournament, $250,000 has been raised to support Markham Stouffville Hospital’s much-needed expansion. And in recognition of this contribution, a Patient Exam Suite in the hospital’s new Emergency Department has been dedicated in honour of the Alex Chiu Golf Tournament.

“Newcomers to Canada, like Alex Chiu, come to build a better future for themselves and their children. With his long-standing dedication to public service, Alex is doing just that. This contribution to Markham Stouffville Hospital’s Expansion Campaign is a further testament to his strong commitment to our community. Thank you, Alex, and the Alex Chiu Golf Committee for helping create better lives for our future” – Mayor Frank Scarpitti, Co-Chair, Expansion Campaign.

For Fairgate Homes, it all comes down to quality. This Stouffville-based family-operated homebuilder prides itself on its tradition of personal attention and commitment to customer service. Fairgate Homes’ founders, the Mauro and Ronco families have experienced first-hand Markham Stouffville Hospital’s first-class care and commitment to excellence. As a testament to this shared belief in never compromising quality, Fairgate Homes has given $250,000 to support Markham Stouffville Hospital’s much-needed expansion. In recognition of this contribution, one of the hospital’s operative delivery rooms has been dedicated in honour of The Fairgate Family. 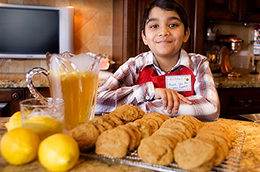 At 8, Michael James is already a seasoned event planner and budding philanthropist. This spring, the Grade 3 student at Franklin Street Public School hosted a fourth annual fundraising event in his Markham neighbourhood. He refers to it as his lemonade stand, but that’s a bit of a humble misnomer. He does offer lemonade—but also a selection of home-baked sweets, pizza, snow cones and flowers and vegetable plants.

Last year, he raised and donated $800 to the Markham Stouffville Hospital Foundation. His goal this year was $1,000—a number he was thrilled to report he more than doubled, by raising $2,036.

Charity is important to the James family. They support children in need across the globe through World Vision and causes in their own community through work at their church and other initiatives. When their son was five, Andrew and Shameeza James encouraged Michael to find his own way to give back—and the lemonade stand was launched.

Organizing the stand begins several weeks before the big day, held the Saturday of the May long weekend. Michael starts saving his allowance (he receives $20 a week for helping around the house) to buy supplies and working on a flyer he distributes door-to-door in his neighbourhood. This year’s reads: Michael’s Love Lemonade. Please help us raise money. The days leading up to the sale are spent shopping and preparing the items to be sold. Michael, an accomplished cook who prepares weekly meals for his family, spends hours in the kitchen with his mom, who is a chef.

On Saturday morning, Michael, as well as any family members and friends who have volunteered to help, don aprons and name tags and open the stand to their community. “It becomes more like a gathering of neighbours,” Mrs. James says. “We put out chairs and people sit and hang out. Even if they don’t buy anything, they still donate.”

Food, she says, has a way of bringing people together. The impassioned pitch of a hard-working young man doesn’t hurt either. “When you help somebody, people will help you,” Michael says of the support he gets from his neighbours, adding he is sometimes surprised by their generosity. If everyone contributed in some way “the world would get better,” he says. “When you work hard, you can go more places,” he continues. ‘You’re happy when you’ve done something good. When you set a goal and you finish it, you’re so happy.”

Michael has a connection to Markham Stouffville Hospital: It’s where he was born. And he understands the money he raises helps sick people get better. Mrs. James says foundation staff are enthusiastic in their support of the lemonade stand. They hosted a small event last year— with a giant cheque, photographs and a present for Michael of a T-shirt designed to look like scrubs—to honour his donation. “He was so proud,” she says.

When asked about his long-term plans, Michael says fundraising will be a lifelong endeavour. His mom looks surprised when he also replies he wants to be a chef or a doctor—it’s not the same thing he would have answered a week or two before, but considering the topic at hand, it seems appropriate.