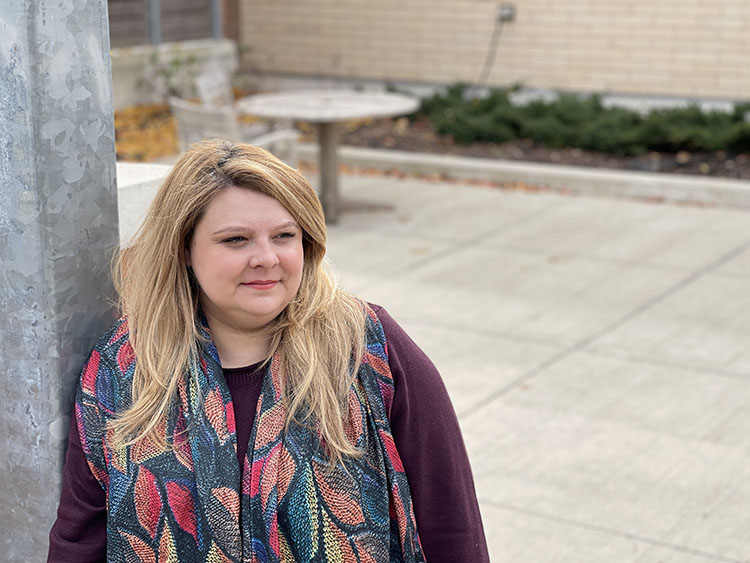 “The body and the mind are resilient,” says Dr. Babak. “I see it every day – how the human mind, including Emily’s, is so strong and so inspiring.”

When Emily Powell discovered something was “off” with her left breast, she feared it might be breast cancer – even though she had no family history – but at the age of 31 she wasn’t prepared for the news that she was terminally ill.

“It was in the summer of 2020 – right in the middle of the pandemic – and I had just noticed that my left breast felt a little off, the density felt a little different,” she says.

At the Breast Health Centre at Oak Valley Health’s Markham Stouffville Hospital (MSH), clinicians found a suspicious lump during an ultrasound and performed a biopsy. Emily was diagnosed with stage 4 metastatic breast cancer on July 30, 2020.

Metastatic means the cancer has spread to other organs and can’t be cured – only controlled. At the time of Powell’s diagnosis, the cancer had already spread to her liver, spine and lymph nodes. Metastatic also means she’ll never “finish” treatment for cancer. The goal – and the hope – is that her line of treatment will enable her to live a long, good quality life.

It was shocking for Powell to hear the cancer had already progressed so far and so quickly. However, a terminal diagnosis isn’t the only thing she’s having to come to terms with.

Her type of cancer is estrogen positive, which means the cancer thrives on estrogen. “So for me the less estrogen in my body the better,” she says. Emily is now preparing to have her ovaries removed, since “they’re an estrogen factory.”

Less estrogen means the more likely her body can fight (and shrink) the cancer. The hope is to get to a point where the cancer is dormant, though it will never be completely gone. Her first line of treatment doesn’t involve chemotherapy; instead she’s taking estrogen inhibitors that are causing her to go into early menopause.

“At the beginning of all this, I went and got my eggs frozen,” says Emily. “With this cancer, it’s so unpredictable; I could live for 15 years or six years. We don’t really know. I’m literally taking it month to month.”

She first met with her oncologist, Dr. Sam Babak, through video after being diagnosed. “While most cases of metastatic breast cancer are not curable, they are treatable,” he says. “The treatment of cancer, including breast cancer, has changed a lot. I look at cancer like a chronic disease and I try to give hope to patients.”

These days, breast cancer patients don’t necessarily need a mastectomy or even chemotherapy; it’s possible to remove just the tumour rather than the entire breast, with results that are almost as good as a mastectomy. And since it’s a less invasive surgery, patients can usually leave the hospital the same day – and they don’t have to endure the body image issues that come with a mastectomy. 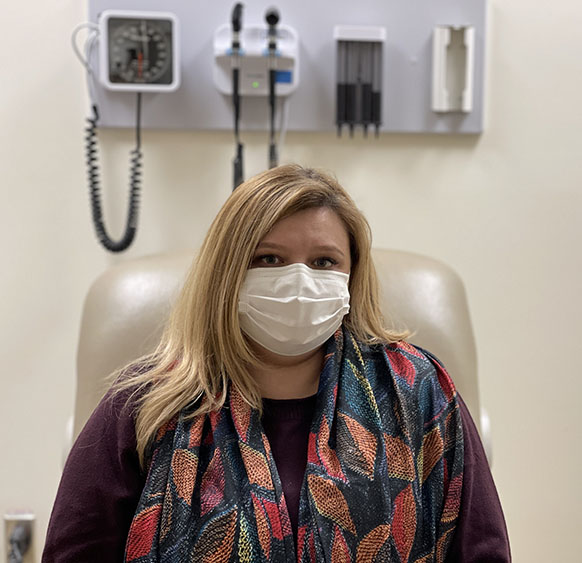 The five-year survival rate for breast cancer in Canadian women is 88 per cent, according to the Canadian Cancer Society. This is due, in part, to a new generation of drugs such as cell cycle inhibitors. Survival rates do vary with each stage of cancer, and the earlier the stage, the higher the chance of remission. With metastatic cancer, which has already spread throughout the body, timelines are impossible to predict.

“For me as a medical oncologist, I see end-stage cancer every day. I wouldn’t be able to do my job if there wasn’t some hope in it,” says Dr. Babak.

“At some point I might have to do chemo,” says Powell, “but the way it works with metastatic breast cancer is they get you on the least intense therapy and see how long that works.” The good news is that since the time she started treatment at MSH, the cancer has shrunk in her lymph nodes.

Emily is thankful for the care she’s received, and for the staff, nurses and doctors at MSH. “They get back to you quite quickly,” she says. “I was having what I thought was a side effect and they got back to me right away at the clinic. They’re very forthcoming with information.”

A strong support system at home is also critical. As an only child, Emily has always been close to her parents, and she lives with her long-time boyfriend, Billy. The couple had been living in Toronto, where she worked in the film and advertising industry. They have since moved to Markham - where she grew up - to be closer to her parents and to MSH.

Stage 4 metastatic breast cancer is more commonly found in post-menopausal women, who’ve already had the opportunity to raise a family. Support groups for younger women typically have members with earlier stages of cancer.

“So it’s hard to find a stage 4 metastatic group for younger women,” says Emily, al¬though she has found a Facebook group called “Metastatic Under 40.” While not technically a support group, it has been particularly helpful in dealing with issues related to fertility and having a family.

“I have my good days and my bad days,” she says. Some days the cancer feels manageable and she can make plans for the future. “But then there are days when I think, do I want to start a family or is that even going to be possible? I still have a lot of big decisions to make. There are days when I feel hopeful and days when I’m not in the mood to face it.”

For Emily, treatment won’t cure her cancer. However, it can improve the quality of her life. “The body and the mind are resilient,” says Dr. Babak. “I see it every day – how the human mind, in¬cluding Emily’s, is so strong and so inspiring.”

About one in eight Canadian women will develop breast cancer in their lifetime, according to the Canadian Cancer Society, with one in 34 dying from it. On Giving Tuesday, you can help fund much-needed equipment for the Breast Health Centre at Markham Stouffville Hospital to ensure patients receive the expert care they need.