The new Markham Stouffville Hospital is a truly unique health and wellness campus with expanded and improved programs and services, including emergency, diagnostic imaging, mental health and oncology. Our skilled team of health-care professionals are delivering high quality care with the most state-of-the-art equipment available.

This would not be possible without the dedicated support of people like you. Please take some time to enjoy the stories and accomplishments noted in our latest magazine edition. Government can’t fund all of our hospital’s needs – which is why your support is so vital. 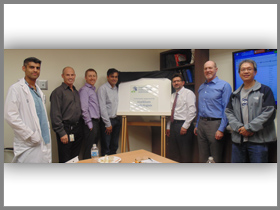 Thank you to the Radiologists at Markham Stouffville Hospital for your generous support - donating $250,000 towards our expansion. 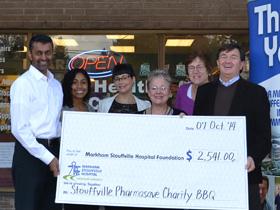 Thank you Nayan and the Stouffville Pharmasave Team for your support of Markham Stouffville Hospital through your annual Customer Appreciation BBQ!
WSP Employee BBQ 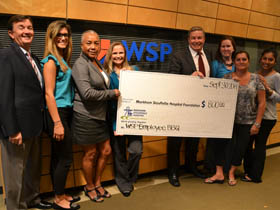 Thank you to the employees of WSP in Markham for raising $800 at their annual Employee BBQ, benefiting Markham Stouffville Hospital.
Lions Community Walk/Run for Happiness 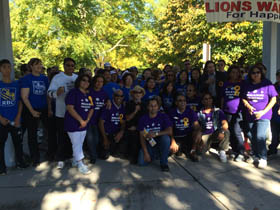 Thank you to the organizers and participants for your support! 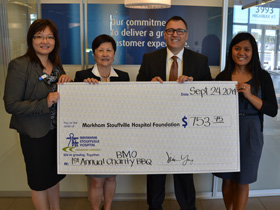 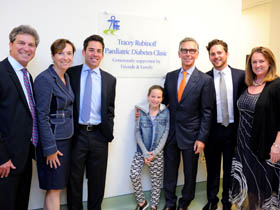 It truly was a special occasion as a large gathering of family members, friends and Foundation supporters - including MSH’s Paediatric Diabetes Clinic founder Dr. Robert Ehrlich - witnessed Tracey’s husband Fred Rubinoff and their sons Jesse and Spencer officially unveil the signage bearing the name of their wife and mother.

“It’s been ten and a half years since Tracey’s been gone”, said Fred Rubinoff, “and while we miss her every day, I can say without hesitation that she would be so honoured and humbled to have such a wonderful facility named after her.” 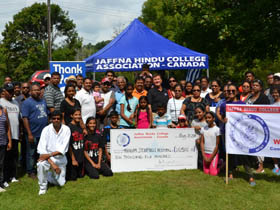 Thank you to Jaffna Hindu College Association of Canada for holding their 2014 Walk a Thon on August 31 to benefit Markham Stouffville Hospital’s Breast Health Centre and Chemotherapy Clinic.